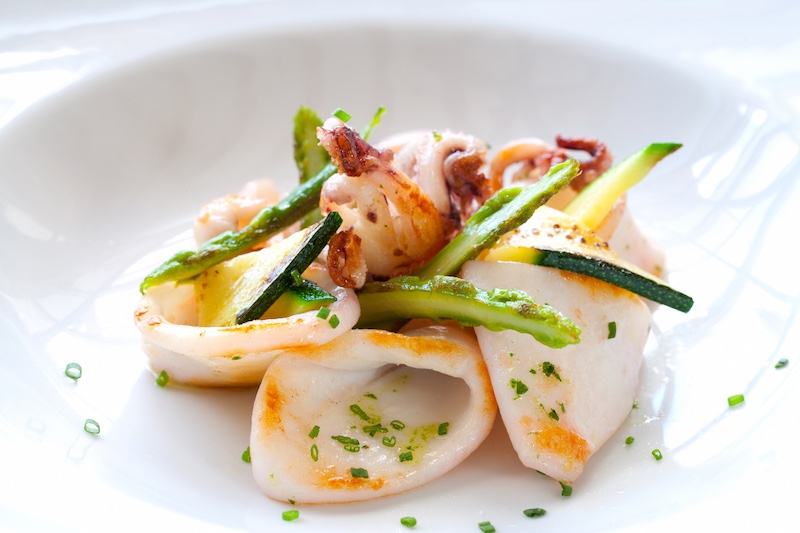 Argentina has long been known as a country where seafood lovers go wild over their favorite delicacies. The Argentine shortfin squid is no exception. This species of squid is found throughout the South Atlantic Ocean from Uruguay to Brazil. Its meat is considered some of the tastiest in the world.

Squid and calamari are both names for the same tasty sea creature. While calamari is the Latin word for squid, both words refer to the same animal.

What is Argentine Shortfin Squid?

Argentine shortfin squid (Illex argentinus) is a species of squid that lives in the coastal waters off Argentina and Brazil, in waters as deep as 2,600 feet. Shortfin squid reproduce via internal fertilization, laying egg cases full of thousands of eggs along the sea. They live for less than one year, with high natural mortality and a long spawning season. The flesh is white, firm, sweet and tender.

Longfin squid is more fragile and sweet in comparison to shortfin squid. The bright white flesh of the longfin stands out from the dark tinted bodies of shortfin.

The longfin squid means more small rings per pound, which makes it a popular menu item for many sushi restaurants. However, shortfin squid is actually larger in size than longfin.

Because the shortfin squid is larger and more full-bodied than the longfin variety, its rings and tubes are larger too. This means that they provide stronger plate coverage and value than their smaller cousins.

Shortfin squid is caught using various methods such as trawling and gill nets. Although these methods are effective at catching large quantities of the fish, they cause significant damage to the environment. Trawling causes considerable destruction to coral reefs, mangroves and other coastal habitats. Gill nets also inflict extensive damage on the natural habitat. They trap all marine life indiscriminately, including crabs, octopuses, lobsters and many more. In addition, both forms of fishing have caused numerous cases of pollution. Shortfin squid is also caught through a method called jig fishing, which entails using a hook and line. While this method does take a substantially longer amount of time, it inflicts little to no harm on marine life. At WorldClass, we are proud to offer Argentine Shortfin Squid caught only using jig fishing.

Shortfin squid is a fish appreciated around the world for many reasons. It contains less than 10% fat and is a low calorie source of protein. The Argentine shortfin squid is an excellent source of essential vitamins, including vitamin C, iron, and calcium. It's also a good source of protein, omega-3 fatty acids, and selenium. The iron and calcium in the squid helps to promote healthy bone growth, while the vitamins promote good overall health.

Squid has a mild, sweet flavor that pairs well with many different sauces and seasonings. It can be cooked in a variety of ways, and it absorbs the flavors of its cooking liquid well.

In general, squid is known for its firm texture and chewy mouthfeel. It also has a subtle nutty flavor that comes out when it's cooked with certain ingredients.

How to Prepare Shortfin Squid

It can be prepared in a variety of ways, including frying, grilling, poaching, sautéing. Due to the texture and flavor of the squid, it is easily manipulated to suit your personal taste preferences. As with all seafood, it is important to cook squid carefully. Overcooking will make it tough and rubbery.

Notably, the most common preparation involves breading and frying the squid, often seen on menus as "fried calamari." First, clean the squid and dry it. Then toss the squid in a mixture of flour, spices and seasonings before frying until golden brown.

When grilling, place the squid on a hot grill for up to five minutes per side depending on its size. The squid should be cooked until it is firm and opaque throughout.

Poaching is a great way to cook shortfin squid because it gives you more control over how much heat they're exposed to and how long they are cooked for. A basic poaching recipe will involve boiling water or stock with some salt added until it reaches a steaming temperature before adding your squid.

Squid has been the backbone of fishing industry for decades. It is among one of the most affordable and nutritious fish in the market. Of all squid species, the shortfin squid is considered a delicacy by both connoisseurs and ordinary people. Whether you're trying squid for the first time or already a fan of the delicious delicacy, we hope you enjoy WorldClass Argentine Shortfin Squid.

To get inspired with WorldClass squid/calamari recipes, click here.