Why is Argentine Beef the Best? 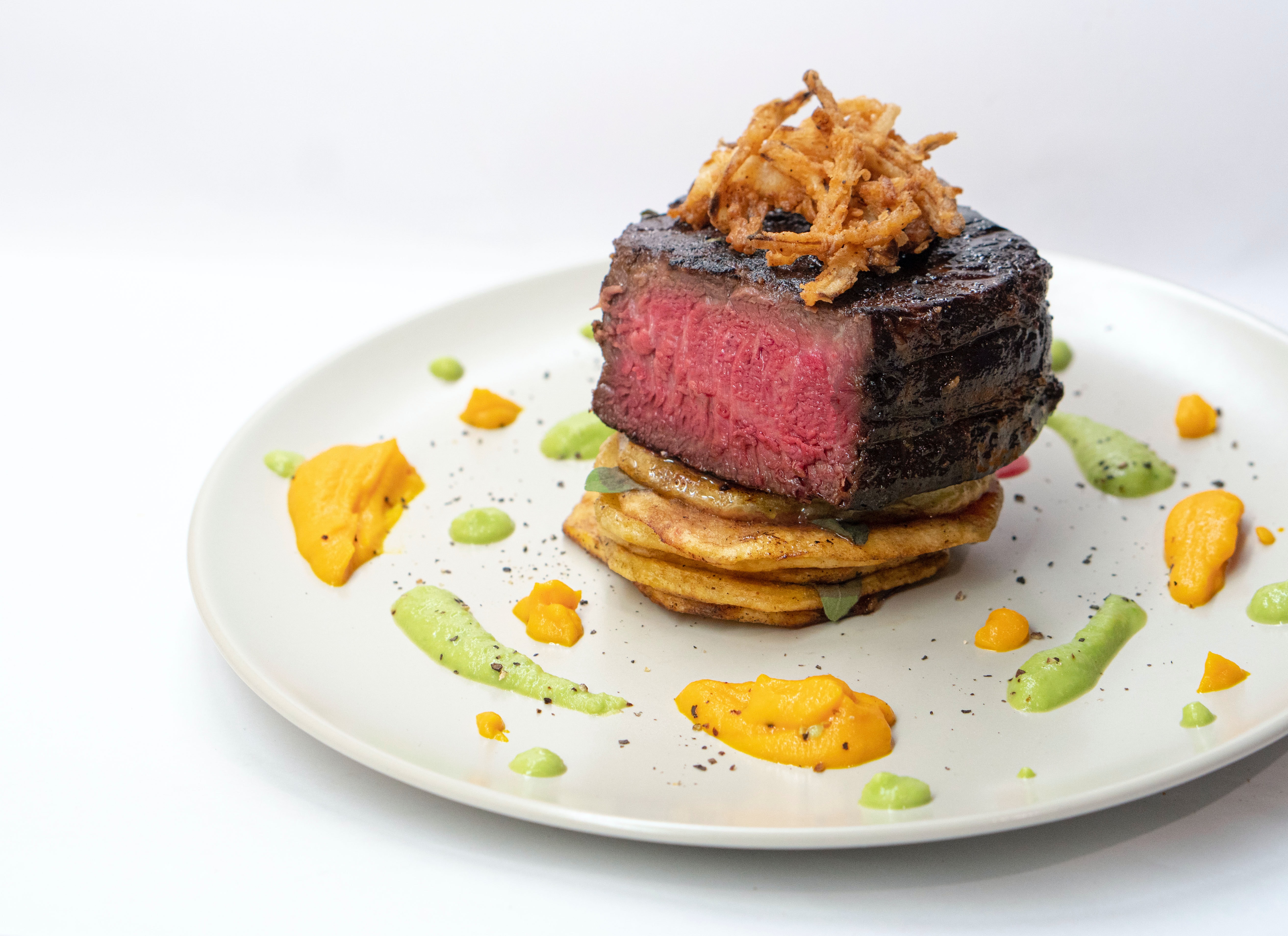 A nation's beef export can be a source of national pride. Argentine beef is one example; their beef has gained an excellent reputation in the world of quality meat and the beef industry. The Pampas-Fed beef is known as "the best of the best," and it is raised with care and respect, unlike mass-produced beef.

As opposed to being raised in pens or feedlots like many other producers, the cattle from the Pampas region of Argentina are raised on ranches and roam freely in large pastures. Their diet consists of grasses, grains, and other plants grown sustainably by local farmers. The cattle are also not given any hormones or antibiotics during their growth period, showcasing Argentina's high standard of meat quality.

A significant reason why Argentinian beef is so good is that it is produced by small farmers who raise cattle on family farms. These animals are not treated like factory farm animals. They can roam freely, eat what they want, and drink water whenever needed. These conditions help make for healthier, happier cows.

In addition to being healthy, happy cows, these animals are well cared for. They are given vaccinations, wormed regularly, and receive veterinary attention when needed.

Argentine beef is grass-fed and grain-finished, meaning the animals eat only grasses and grains until they reach slaughter weight. Cattle are fed grass until 18 months and grain until 21 months, when they are ready to be slaughtered. This production method allows the cattle to have a natural diet without consuming unnatural substances. It also helps the cattle gain more muscle than if fed a diet of corn and soybeans.

The cattle are then slaughtered at around 950-1,000 pounds (450 kg) and processed into various cuts of beef such as ribeye or tenderloin. They are never injected with growth hormones or antibiotics. Because the cattle are not fed artificial ingredients, they can properly digest the foods they eat. As a result, these cattle produce leaner meat full of vitamins and minerals.

Compared to American Beef, Argentina and South America, in general, are a lot further ahead when it comes to meat production and the treatment of animals. All the cattle used for the production of Argentinian beef are inspected before they are sent out to the market. Each animal must pass a series of tests to ensure its safety and food safety levels. These include testing for diseases like brucellosis and tuberculosis and checking for parasites and bacteria.

Argentina-raised cattle have a superior flavor. Because of the established Argentine beef production, Argentine steaks breed an elite tasting profile no matter the cut. Argentinian beef is high quality, tender, and juicy. Argentinian beef is such high-quality meat and only needs a season with salt and black pepper.

One of the most essential benefits of raising cattle sustainably is the environment. By using environmentally friendly practices, you help to protect the soil and water supply. You also reduce pollution and greenhouse gas emissions. By producing beef this way, you are helping to preserve our planet for future generations.

Another benefit of raising cattle sustainably is that they produce healthier meat. Because the cattle are not confined to small areas, they get plenty of exercises and grow strong muscles. They also tend to be less stressed, and their muscles are tensed up less often, making the cattle test better once they are slaughtered.

For the third year in a row, Argentina has been named the world's best provider of beef. The country earned this title at the World Steak Challenge, an event held in Dublin, Ireland, where the top cuts of beef are selected for their quality. Over 300 exporters of beef came together in September to critique the best steak in the world. After careful deliberation and judging through an independent team of judges, Argentina won awards for its grass-fed beef as well grain-fed beef at this fantastic event.

Beef from Argentina is known for its flavor, texture, and aroma. There are many different cuts of meat available, including:

Coulette/Picana- The beef coulotte is a lesser-known and somewhat under-appreciated cut from the cap muscle. It's one of three muscles that make up the top sirloin butt. It is often also referred to as the top sirloin cap.

Chuck- Chuck steaks are a cut of beef and are part of the sub-prime cut known as the chuck. Chuck steaks have lots of fat marbling and connective tissue, which makes them tasty but tough. They are great for meat sauces, slow-cooked stews, or braising in red wine with root veggies and garlic.

Flank Steak- This cut is taken from the area of the animal that lies in front of the rear quarter, behind the plate.

Flat Iron- Flat iron steak is a cut of beef that comes from the chuck, or shoulder, of the animal. It has an intensely beefy flavor and is known to be very tender. It's sometimes referred to as butler's steak, feather blade steak, or oyster blade steak.

Ribeye- For a hearty, richly flavored piece of meat with lots of juicy marbling, go for ribeye. These ultra-flavorful steaks come from the cow's upper rib area and are individually cut prime rib roasts. Because of their high-fat content, ribeyes are one of the best cuts when grilling steaks over high heat.

Skirt Steak- Skirt steak comes from the plate section of a cow and is long, flat, and valued for its flavor—rather than tenderness.

Tenderloin- The psoas major muscle, which lies along the spine and can be found just behind the kidney, is also known as beef tenderloin. Because it is not exercised, the meat of this cut of beef is exceptionally tender.

Top Sirloin Steak- Sirloin steak is cut from the sirloin, a subprimal posterior to the short loin, where T-bone and porterhouse steaks are also cut. The sirloin is divided into several types of steak. The top sirloin is a uniquely flavorful cut of meat, both lean and hearty at once. This famous steak is delicious and lends a beautiful flavor to recipes.

Argentine beef is a mouthwatering delicacy with a taste incomparable to any other. With a thriving industry and an ability to build quality into each step of production, Argentina is a model example of how to produce great meat.

To learn more about WorldClass and the products we offer, click here.